So today I mourn the death of my Sims game. I'm not going to go into details, but the game and all my data is gone. But I have to be optimistic. I'm getting a new computer in a couple of weeks and it'll run the game faster so at least I can get all my stuff back in less the time and lag.

Um, yeah. So I decided to make a post highlighting the funniest pictures I've taken over the course of my Hetalia Sims adventures. Most you will have already seen if you read my other posts. I would have added new material but my folders are gone so I can't. =D How fantastic is that?!

break down of pcitures ;;

Den and NorNor was getting freaky deaky in a bed. Outside. In the backyard.

Yeah, they were all being gay in the bathroom while Meri was all nakie. 8D

A common buttsex pose for America.

A common buttsex pose for France.

France shakes his ass as he explains to Canada that he doesnt like vagina.

America gets cummed on and likes it.

America is srsly shakin' it

France: I HOLD MY PENIS LIKE A ROCKER HOLDS A GUITAR BECAUSE PRO

Russia's squeezin' a little too hard don't you think...but America loves it.
The torture that makes Lithuania cry makes America LAUGH.  When Lithuania is all, "PLEASE STOP IT MR.RUSSIA!" America says, "HARDER YOU FUCKING COMMIE."

Innocent bystander watches as Greece gets ready to pounce Japan.

Japan's only regret is that he forgot the sex toys

Spain: Heeeeeey baby
Prussia:  WHOA, WHOA. BACK THE FUCK UP.

I dont know how Austria topped, but he did.

WHOA BUDDY. YOU NEED TO SLOW DOWN, THERE....

FRANCE BEAT THE SHIT OUT OF RUSSIA HOW IS THIS POSSIBLE....

Italy stealing the Allie's newspaper out of butthurt. 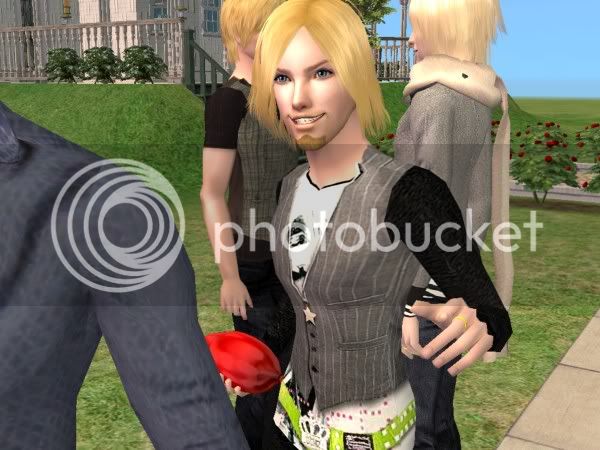 There are no words that can explain this one.

That is how the Cold War really happened.

America is crying too.

No one really cares, though.

Canada: YOU TRYNA FIGHT THIS, EH?!

Prussia: WHY ARE YOU STILL STANDING. I SAID "BOW" AND I MEANT IT *rages*

Nobody cares about your problems, Austria.

Germany blowing a kiss.
The funny thing is, I can totally see him doing this in the manga.


I don't have many other WTF moments. *crai*

Norway and Denmark and their lovely baby, Oslo. 8D

By the way, these are all natural pregnancies, obviously. xD I used a game mod bed to allow male-to-male pregnancy.

RUSSIA'S GONNA BE A DADDY AWWWW.

America giving birth and England raging in the background.
BECAUSE HE WISHES THE BABY WAS HIS.

China got Canada pregnant SAY WHAT?

Say hello to Siberia.
and yes. America IS in a cowboy outfit.

France thinks the baby is his. >l


NOW IM GONNA SHOW YOU WHAT THEIR BABIES LOOK LIKE, EVEN THOUGH YALL PROBABLY DONT CARE 8D